A recently completed proof of concept shows how blockchain technology can protect IPR on American imports as well as sensitive information transmitted between multiple parties using a single, streamlined platform. “Supporting American innovation and ingenuity by upholding intellectual property rights has always been a critical part of the CBP mission,” said Brenda Smith, Executive Assistant Commissioner of CBP’s Office of Trade. “This pilot represents great potential for marrying new technology with our traditional trade mission; to protect the US economy.”

Blockchain is a digital ledger that provides a secure, tamperproof and permanent record of transactions. Sensitive data such as personally identifiable information and trade secrets are kept safe through the use of encrypted keys. The technology is critical to combatting IPR violations by allowing CBP to exchange data securely and efficiently with manufacturers, retailers, rights holders, and importers.

Using a single access point in blockchain, the proof of concept allowed the agency to leverage technology to connect the data correctly to the product and to the license, resulting in fewer physical examinations. This was accomplished via blockchain interoperability, which means that each organization participating in a transaction can communicate with others using their unique blockchain, regardless of different software used by each party, allowing companies the flexibility to select and customize technology that suits their unique needs.

This proof of concept is the first of its kind test of standards and specifications to facilitate blockchain interoperability using open, standardized approaches. This will help create a framework for rapid adoption and cost reduction. These specifications were funded by the DHS Science & Technology Directorate and tested by CBP’s Office of Trade and contributed to the global standardization process at the World Wide Web Consortium.

“We are excited to be applying these innovative solutions to the protection of intellectual property rights. By leveraging state-of-the-art technologies, we continue to enhance CBP’s business intelligence capabilities for advancing trade facilitation, security, and enforcement objectives,” said James Byram, Executive Director of CBP’s Office of Trade, Trade Transformation Office. 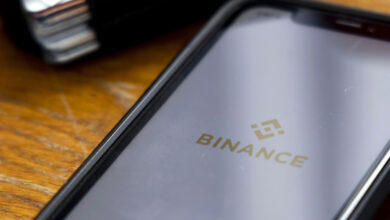