An Australian technology start up, Yourdiamonds.com, will accept bitcoin at its second auction/tender of fancy pink diamonds originating from the recently closed Argyle diamond mine.

YD sold a 2.00 carat fancy pink diamond for A$2.2 million in its first public tender in July, a new world auction record.

“Following the extraordinary results at our first tender we have gathered the largest collection of Australian pink diamonds ever to appear on the secondary market,” Tim Goodman said in Sydney.

“We were approached by a potential buyer asking if we would take bitcoin. This was a mystery to us until we found another Aussie start up, Ausmerchant. Yourdiamonds.comTM has engaged ausmerchant to enable receipt of bitcoin at the tender with the ability to immediately convert coin to cash. “It’s just like our traditional merchant facility. It is surprisingly simple,” Goodman added.

“The backend office accounting system Aus Merchant provides to YourDiamonds enables concise accounting of all transactions to reconcile with an Australian cost basis.”

Ending on 06 December, the YD auction/tender is open to both the public and the diamond trade. It consists of 53 pink, blue and red diamonds consigned for sale by fifteen private sellers including self-managed super funds, estates, collectors and investors. Every lot carries a pre-tender estimate and is available for public viewing at a travelling roadshow in Australian capital cities.

Some of the star lots have been consigned by seventy two year old David Burger who was the Chief Diamond Polisher at the Argyle diamond mine for 30 years before his retirement in 2015. Mr Burger acquired the stones from a Perth jeweller in the late 1980s and recut them soon after.

This almost red diamond belongs to the former Chief Diamond Polisher at the Argyle diamond mine, now closed. It is expected to fetch A$400,000 – 600,000 at the auction

A collection of matching pairs of rare round cut pink diamonds expected to fetch as little as A$10,000

All bids must be in by 06 December when the tender closes.

In the UAE in 2021 IceCap Diamond NFT platform launched a line of high-end diamond and jewelry collectibles. The tokenized “Icecap Collectibles” will include very high-end, natural diamonds in red, yellow, green and other colors, plus unique finished jewelry pieces.  A US$3 million red diamond is included in the first offering. 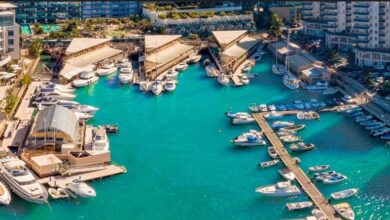