In September 2021, just before the official launch of Expo 2020, The UAE government announced a charter, “Project of 50”, that would be implemented to foster the vision of the UAE, and develop a robust economy. His Highness Sheikh Mohammed bin Rashid Al Maktoum, Vice-President and Prime Minister of the UAE and Ruler of Dubai, took to social media to share the ‘Principles of the 50’. The charter paves the strategic roadmap for the country’s new era of political, economic and social development.

His Highness Sheikh Mohamed bin Zayed Al Nahyan, Crown Prince of Abu Dhabi and Deputy Supreme Commander of the UAE Armed Forces, also hailed the charter as a guide to “build a sustainable economy, harness resources for a more prosperous society, and foster diplomatic relations for global peace and stability”.

The Project of 50 Charter is not only set to support the economy with digitization and technology investments including those pertaining to AI, Blockchain and IOT but also enrich human resources with the 100 coders per day initiative.

The Charter hailed in a new data law. Omar Sultan Al Olama, the Minister of State for Artificial Intelligence, Digital Economy and Remote Work, unveiled the ‘Data Law’. It is the first federal law designed in partnership with major international technology companies. The law gives individuals the freedom to control the way their personal information is used, stored and shared. It works in a manner that supports preserving the privacy of individuals and institutions in the country.

In addition the charter also launched 100 lighthouse projects in priority sectors.  Sarah Al Amiri, Minister of State for Advanced Technology, stated that 100 lighthouse projects have been launched in priority sectors. The UAE will look to invest Dh25 billion in the industry over the next 10 years. “We are ushering in the next phase of the fourth industrial revolution,” she said. “It is a comprehensive programme for the adoption of technology. We are fostering an environment that will ensure continuous growth.

In addition the charter revealed it will work to Attract 100 coders every day.  The UAE has offered its coveted Golden Visas to 100,000 of the best coders from around the globe. The aim is to build a community of coders in the country, said Omar Sulan Al Olama. “Emiratis will be a part of this community and up skilling them is the current need.” What’s more, the UAE also aims to have the highest ratio of female coders per capita in the next five years, he said. Through this initiative, the UAE will shape the global future of the digital economy.

The program “100 Coders Every Day” aims to attract 3,000 coders every month to the national workforce. The goal is to increase the number of coders from 64,000 to 100,000 in 12 months and facilitate the establishment of programming companies in the UAE through a range of incentives and perks. The UAE will host the PyCon Summit, the largest programming summit in the Middle East in late 2022.

In an article in India News Republic, it discusses the freelance visa also launched in the charter. As stated, “The freelancer visa for self-employed people in specialized fields such as artificial intelligence, blockchain and digital currencies, based in the UAE and abroad. This release expands existing Golden Visa qualifications to include managers, CEOs, science, engineering, health, education, business administration, and technology professionals. “

The 50 new projects are based on 10 principles, said Mohammad Al Gergawi, Minister of Cabinet Affairs during the event. One of them is building the world’s most dynamic economy with an emphasis on human capital as a main future driver for growth.  The UAE seeks to raise the national added value from AED33 billion ($8.9 billion) to AED55 billion by 2025, Omar Al-Suwaidi, the undersecretary at the Ministry of Industry and Advanced Technology, told CNBC Arabia. As many as AED5 billion will be allocated to Emirati projects in the industry and AED5 billion to technology projects, he said. 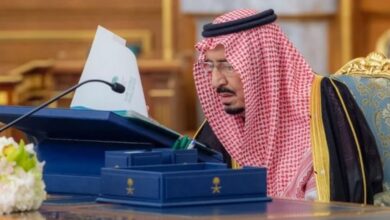 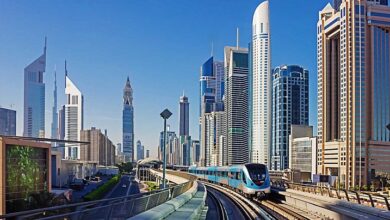 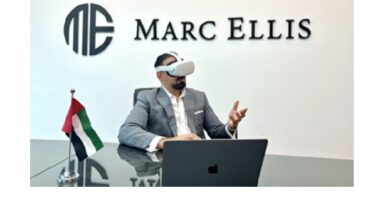 Marc Ellis, the First UAE Recruitment and Training Agency to Enter the Metaverse in the GCC