Ashish Gadnis, a serial entrepreneur founded BANQU because he wanted to make the invisible, visible. The story starts after he sold his last startup and volunteered for USAID. He was working with farmers especially women in the Congo, and realized that banks there were not giving women farmers a bank account. The reason was because her work was invisible as were her revenues and secondly because she was a woman. As Ashish explains, “The banker who refused to give the woman, mother and coffee cacao farmer a bank account told me, I can’t bank her, but I can bank you, this really bothered me as it was unfathomable to me to live in a world where somebody’s hard work was invisible and from here came the idea of BANQU.”

Ashish realized that if you don’t exist in the supply chain then you simply don’t exist at all. Globally there are millions of farmers, waste pickers, who work every day in the global supply chain but are completely invisible. According to Ashish current databases are not built for equitable distribution of data ownership. Ashish as such used his previous expertise in databases as well as his newly found interest in Ethereum to build BANQU, a blockchain as a service solution where data could be shared equitably and transparently on a blockchain. As he commented, “My vision was that the mother-farmer working in the cocoa supply chain should have an equal copy of the transaction proving she sold bags of cocoa to the COOP.”

BANQU has been successful because it is simple. Farmers, waste pickers, recyclers, do not need to have smart phones to be on the blockchain because BANQU is not an application. All they needed is a phone that delivers an SMS to them when they sell their products; as such no training is even needed. Ashish adds, “We could use BANQU for more than just sales transactions from farmers to coop to exporters and big conglomerates, we also have used it to place educational certifications and other personal data, giving these workers, farmers, pickers an economic passport.”

BANQU so far has been quite successful and is already live in 41 countries across the globe with 600,000 people on the network so far. As Ashish explains, “Our Enterprise Ethereum blockchain software as a service platform connects the first mile and last mile. We work for example with Nestle and Japan Tobacco who now know who their farmers are, if they are getting paid, all in a transparent supply chain. Every bank, entity, farmer, recycler is a node on the platform integrated with local currencies using  mobile banking solutions such as  M-Pesa, banking these individuals is now easier because they are on the blockchain already vetted in terms of  KYC/ AML.”

BANQU is operating in South America, Africa, Asia, and in the Middle East. BANQU is working in the MENA region with the Islamic Development Bank in Jeddah KSA, where it is being used across 25 countries for transparency fund allocation during the Covid Crisis. As Ashish explains, “We are working with ISDB to ensure Covid supplies such as masks are getting to countries and that the UN agencies are certified for traceable equitable, transparent value chain.”

Ashish would like to further develop partnerships in the MENA region. As he states, “ISDB opened our eyes to the fact that many organizations and entities in the region are looking for a more transparent supply chain. Whether it is in the area of stimulus packages, or SME funding, agriculture, recycling, waste management, fund managements, trade finance and other sectors, we are ready to work on them in the region.”

Some big global brand names are among BANQU customers, such as Anheuser-Busch InBev, Japan Tabaco, and Nestle. For example Anheuser-Busch is utilizing the BanQu system in Zambia where it registered 2,000 cassava farmers on the platform. Each farmer had to produce an ID card and a basic SMS phone. Then when they sold a bag of cassava to the aggregator, they received an SMS message confirming the price, weight and pay-out data that is shared with AB InBev.

Another client, Japan Tobacco, in its fight against child labor is working with BANQU in Malawi and Brazil. As Ashish explained, “Before BANQU, Japan Tobacco couldn’t really know if a child was attending school while his family were producing crop, and the reports came 6 months later, so BANQU placed the school as a node on the platform and now school attendance is recorded daily. By doing this we have ensured that social responsibility is part and parcel of the business and not something on the side. Secondly by keeping children in school we are ensuring a better future for the families and the business.

In the end Ashish believes, “history is what makes you, if the world doesn’t recognize your history then you have no future. At the same time we believe people should own their data and as such all our users have a choice as to who they share this data with. The only way out of poverty is being visible, owning your data, and having a history.”

In the future BANQU will be adding more solutions such as SME lending, micro financing, P2P lending because once you have a community that hhas a history, then it becomes easier to trust and thus easier to lend, borrow, and bank.

Until then BANQU continues to expand its vision of making the invisible visible and eliminating poverty using blockchain. 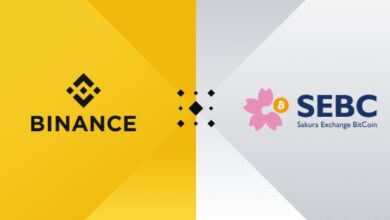