Aegis Custody is announcing a partnership with CTBC Bank to expand its digital financial asset business, launching bundle factoring, REITs and equity investment in special asset digitalization to tap into channels for cash flow and support diversification of the banking sector. Aegis Custody, a blockchain fintech firm based in San Francisco, USA, sees strong prospects for digital financial asset development in Asia. The trust license granted to Aegis Custody in Hong Kong in 2019 is the first to be given to any fintech start-up in Asia.

The factoring digitalization platform set up by the Aegis team features third-party trust mechanisms in the USA and Hong Kong, coupled with patented technology to achieve a single-chain-multiple-validation mechanism. This will help satisfy big institutions’ need for business diversity and security. Furthermore, the digital asset digitalization designed by Aegis helps to break down assets by programing with blockchain technology to make it much simpler. This is beneficial for financial institutions, as it offers liquidity at a low cost. This is an innovative solution for traditional financial institutions that were unable to provide financing alone.

CTBC Bank has proactively expanded in the area of blockchain-based financing. It was not only the first financial institution in Taiwan to join blockchain firm R3, but it also spared no effort in expanding into fintech, in light of the emphasis Taiwanese banks put on legal compliance and risk control. Hence, CTBC Bank is working with Aegis to expand its digital financial assets business and launching bundle factoring, REITs and equity investment in special asset digitalization to tap into channels for cash flow and support diversity in the banking industry.

Blockchain and digital asset management will be the irreversible course of development. For enterprises and financial institutions, innovative technology brings about change and may completely transform the mode of transactions and financing. In its quest for innovation in technology and business modelling, Aegis started with the know-how in digital asset custody to design an exclusive security chip. Aegis’ blockchain technology has been certified by the Common Criteria (CC) for Information Technology Security Evaluation in the USA, with its digital asset custody technology at the highest security level of EAL5+ for the USA, Europe, and Japan. It is in the process of applying for trust licenses in Europe, Taiwan and Singapore. Aegis acts as a bridge between conventional banking and digital banking. Conventional banking is expected to shake off the yoke of its traditional practices in 2020 in favour of a fully-fledged localized asset security platform.

In 2019, Aegis established a strategic joint-venture agreement with Finconn, a subsidiary of the Foxconn Group, to use blockchain technology in the digitalization of factoring. CTBC Bank said the Aegis digital asset digitalization platform allows investors who intend to factor with Foxconn to review each entry of related data in blockchain, effectively enhancing the liquidity and reducing the transaction cost in factoring with Foxconn. It is the first Taiwan firm to utilize blockchain in localized digitalization factoring.

Founder and CEO Serra Wei of Aegis said: “A stable cash flow is essential for big enterprises. They will be able to access a stable cash flow after the digital digitalization of traditional assets. This is indeed the practical financial application of blockchain. The initial digitalization of assets is expected to amount to CNY20 million. This arrangement not only helps to enhance working capital allocation and financial planning, but also allows Aegis, a new breed of fintech firm, to showcase its strong performance. In 2020, Aegis is targeting CNY200 billion and aiming for other core enterprises in asset digitalization to create a new type of supply chain asset digitalization platform. With the use of a blockchain smart contract, the complicated asset transaction process will become simpler and more transparent, which could transcend regions, districts and systems for transactions.” 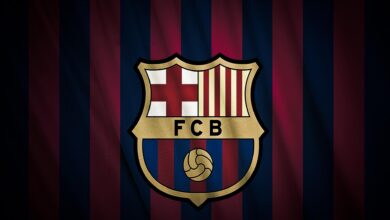