The Smart Dubai Department has launched the ‘100% Paperless Stamp’ initiative as part of its contribution to the ‘Government Development Track’ – one of the six tracks announced by the Dubai Council, which was inaugurated at the beginning of 2020 by His Highness Sheikh Mohammed bin Rashid Al Maktoum, Vice President and Prime Minister of the UAE, and Ruler of Dubai.

The ‘Stamp’ is awarded to government entities that have fully implemented the Dubai Paperless Strategy as a symbol reflecting their complete transition into entities that offer digital, paperless services. The initiative recognises entities that made outstanding efforts to implement the strategy, offering their services via fully digital mediums backed by an efficient internal digital infrastructure.

Her Excellency Dr Aisha Bint Butti Bishr, Director General, Smart Dubai, noted that “the ‘100% Paperless Stamp’ is one of a series of initiatives and projects that Smart Dubai has planned as its contribution to the Dubai Council’s ‘Government Development Track’. It is in line with Smart Dubai’s commitment to expedite the Dubai Government’s digital transformation and achieve the objectives of the Dubai Paperless Strategy, which consists of transferring all government transactions – internal and government-to-customer – to digital mediums, transforming the Dubai Government into a fully digital administration by December 2021.”

“The ‘100% Paperless Stamp’ initiative also allows us to evaluate the efforts made by trailblazing entities that were instrumental in implementing the Dubai Paperless Strategy within all their respective departments,” H.E. Dr Aisha added. “These entities have shown commitment to efficiency in their operations, embracing digital solutions, enhancing customer happiness, and cementing the emirate’s lead in the integrated digital government sector. This will undoubtedly encourage other government entities to implement the strategy, which, in turn, helps accomplish our ultimate goal to make Dubai the smartest and happiest city on Earth.”

The ‘100% Paperless Stamp’ initiative classifies government entities by order of their paper consumption into three categories: Large, Medium, and Small Entities. Results are set to be announced every six months, and the ‘Stamp’ is awarded to entities that have transferred 100% of their services and internal operations to digital mediums, as per the Dubai Paperless Strategy.

According to Smart Dubai’s statistics – which are based on reports from government departments – certain ‘Large Entities’, have registered an entity-wide digitization rate of more than 60%. These include the Dubai Electricity and Water Authority (DEWA), Dubai Police General Headquarters, the Roads and Transport Authority (RTA), and the General Directorate of Residency and Foreigners Affairs in Dubai.

The Dubai Paperless Strategy aims to transform the government services and operations into 100% digital and cut paper consumption by more than a billion sheets of paper across the Dubai Government each year. This, in turn, would save 130,000 trees, allowing Dubai’s residents and visitors to economise 40 hours per person per year, as well as save more than AED900 million that would have otherwise been spent executing paper transactions. 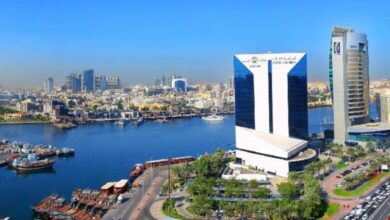