Arizona State Senate legislators are proposing a bill that would put the question of property tax exemption for virtual currency to a vote among the state’s residents.

If passed, the bill would allow Arizona residents to vote on amending the state’s constitution in relation to property taxes.

The measure, introduced by Senators Wendy Rogers, Sonny Borrelli, and Justine Wadsack, specifically targets virtual currency tokens that are not tied to the US dollar or any foreign currency, and would allow for a vote on the exemption to take place in November 2024.

In Arizona, the constitution includes exemptions from property taxes for various types of property, including those owned by the government and public debts, as well as certain types of household goods and materials used in manufacturing.

According to data from the Arizona Secretary of State, there were over 4 million registered voters in the November 2022 general election, and the state has a slight Republican majority.

The bill, SCR 1007, has been reviewed twice by the state Senate, on January 19th and January 23rd, according to Cointelegraph.

Previously, lawmakers have attempted to pass laws about cryptocurrency and taxes, such as a bill in 2018 that would have allowed residents to pay taxes using cryptocurrency, but it was vetoed by then-Governor Doug Ducey.

Rogers also introduced a similar bill in the second session of the Senate in 2022. However, the current political climate is different from 2018 or 2022, with the bill’s sponsors, Rogers, Borrelli and Wadsack, who are all Republicans, having expressed doubts about the validity of the election of some state and federal officials.

Furthermore, the recent midterm elections in 2022 saw the election of a Democrat, Katie Hobbs as governor, narrowly defeating the Republican candidate Kari Lake.

In the United States, transactions involving cryptocurrency are generally subject to capital gains taxes at the federal level. Across different states, legislators have proposed various policies concerning cryptocurrency and taxes.

Partners Recognized with NFT Plaques by Government of Sharjah 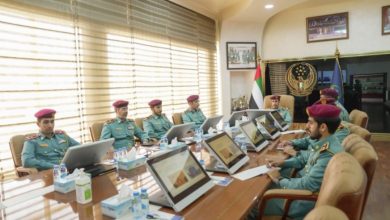