The Royal Commission for AlUla (RCU) has taken its first steps into the exciting world of Metaverse with the to-scale digital recreation of the Hegra World Heritage site, the Tomb of Lihyan.

Built on the Metaverse platform Decentraland, the new online destination is the inaugural UNESCO monument to appear within the virtual realm and will be open to discovery and exploration by visitors from across the globe.

In fact, the UNESCO designated Hegra as Saudi’s first World Heritage Site in 2008. Located 20km north of AlUla town, the site covers a total of 52 hectares and features 110 tombs amid countless rock formations, with the Tomb of Lihyan, son of Kuza, the largest at 22 meters tall.

Referred to as the ‘lonely castle’ in English because of its distance from other monuments, it is the largest preserved site of the ancient Nabataean civilization south of Petra in Jordan.

As the Metaverse accelerates, RCU is exploring new methods to engage with visitors in innovative and inspiring ways.

By transporting the AlUla experience from the physical to the digital realm, RCU is fully aligned with Saudi Arabia’s Vision 2030 National Transformation Programme that aims to empower technological transformation on a Kingdom-wide scale.

Created using cutting edge, and immersive technology to painstakingly reproduce Hegra in the digital space, a trip to AlUla’s most famous landmark in the Metaverse will be just as impressive, inspiring, and mesmerizing as in real life.

The Metaverse represents the ultimate destination for Hegra as part of RCU’s comprehensive regeneration of AlUla that will regenerate the County into the world’s largest living museum – now accessible in both the real and virtual worlds.

Visitors can navigate their customised avatar character across Hegra’s landscape. Visitors will also be able to step inside the tomb itself, something that is not possible in real life.

One of the largest monuments in Hegra, the tomb’s grand, imposing doorway has been presented in to scale dimensions to give online visitors a true sense of its scale and majesty.

The Metaverse project is a bold initiative by RCU as it reimagines AlUla’s rich tradition of sharing knowledge for 21st Century guests exploring before they travel to the County in person.

Unique experiences, interactive technologies and customisable tools are the critical components of the Metaverse, making it the ideal home for Hegra’s digital expansion.

Real-time 3D platforms act as the foundation for Metaverse applications, giving landmarks like Hegra and entities such as RCU an enormous amount of freedom to customise an experience to consumer trends as they develop regionally or globally.

Global creative consultancy” frog” part of “the Capgemini Group”, was appointed to develop and deploy Hegra’s Metaverse debut and support the Royal Commission for AlUla’s strategy to propel innovation and technological advances across AlUla County.

While some industries, such as gaming, are more endemic in the Metaverse, RCU’s endeavor will be applicable to a broad range of sectors including tourism and, with them, varying and expanding target audiences.

Located 20km north of AlUla town in north-west Saudi Arabia, the Hegra site features 111 tombs amid countless rock formations, with the Tomb of Lihyan, Son of Kuza, the largest at 22 metres tall.

Referred to as the ‘lonely castle’ in English because of its distance from other monuments, it is the largest preserved site of the ancient Nabataean civilisation south of Petra in Jordan.

Once the principal southern city of the Nabataean Kingdom, research suggests Hegra was also the most southern outpost of the Romans after conquering the Nabataeans in 106 CE.

In addition to Hegra, AlUla is also home to incredible historical and archaeological sites such as: an old town surrounded by an ancient oasis, Dadan, the capital of the Dadan and Lihyan Kingdoms, which is considered one of the most developed 1st-millennium BCE cities of the Arabian Peninsula; thousands of ancient rock art sites and inscriptions in Jabal Ikmah, and Hijaz Railway stations.

Decentraland is one of the most popular public Metaverse platforms. Its ability to accommodate unlimited concurrent users ensured we were able to welcome visitors from all over the world to experience the Tomb of Lihyan.

Decentraland allowed the RCU to replicate the landmark in vivid detail, through shapes, textures, and proportions almost as they are in the real-life.

This creates a to-scale replica of the Tomb of Lihyan that is just as impressive, inspiring, and astonishing as the physical monument in Hegra.

In addition, Decentraland allows users to create their own digital identity within the Metaverse, which helps them to interact with each other and their environment while exploring epic scenes and discovering the virtual world.

Mozilla Acquires Active Replica to Build on Its Metaverse Vision 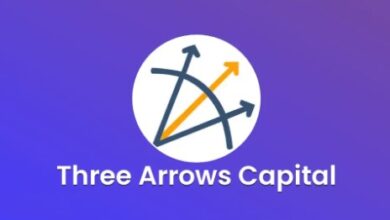 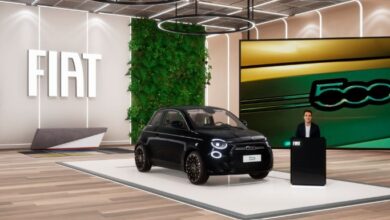